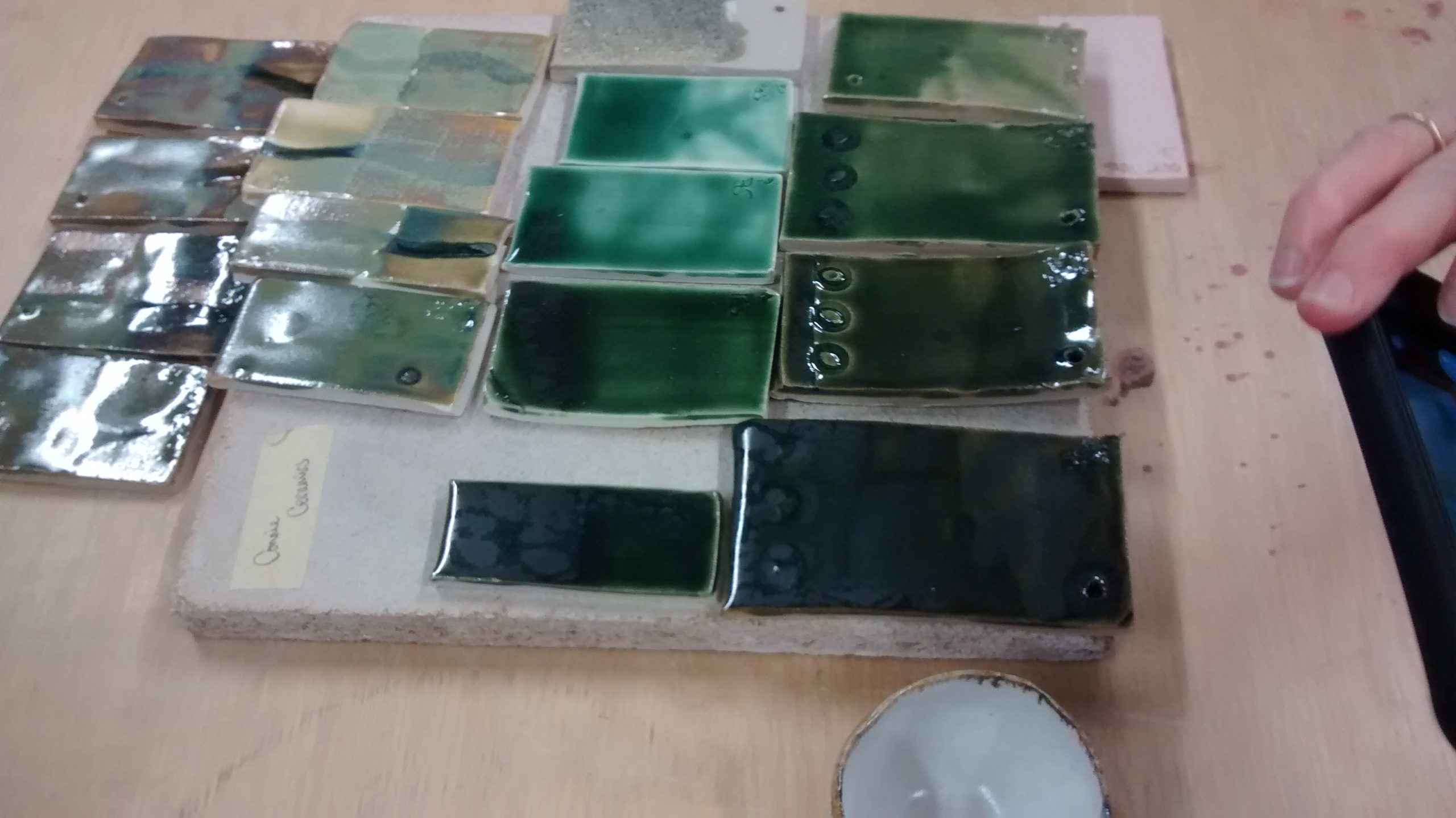 Once a year I teach a course at West Dean College near Chichester. West Dean is a beautiful, old stately home once owned by Edward James. He was a collector of surrealist art who collaborated with Salvador Dali in designing the Mae West Lips sofa and Lobster telephone. He had no heirs and left his estate to the arts.

My course involved making glazes, firing test tiles and finally applying the glazes to pots. There were eight students, ranging from experienced amateur potters to complete novices. One student had come from as far away as Barcelona.

First the students chose and mixed a base glaze recipe, then they added colouring oxides in a line blend. Copper oxide and rutile were very popular, giving a variety of  greens, from pale celadon to dark bottle green. We fired the test tiles in a small test kiln and managed to cool the kiln quickly enough to be able to look at them the next day. 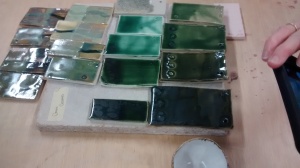 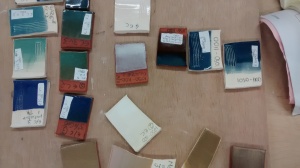 Then we applied the glazes to pots and fired them in a larger electric kiln. The students were very keen on special effects glazes. One was a bronze pigment made from manganese, copper oxide and clay which can be applied to rims and runs down during firing. The other was a volcanic crater glaze, achieved by adding silicon carbide to the glaze or an underlying slip. This gives off carbon dioxide during firing, causing bubbles and craters to form. These tests were not so successful as it was difficult to apply the slip to biscuit ware without it lifting off. 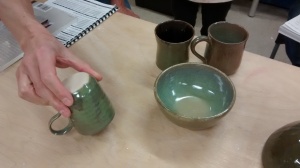 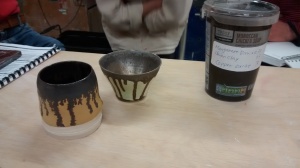 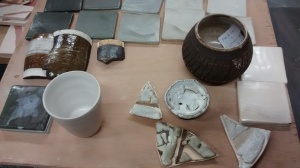 On the last day, a Japanese student kindly brought in her collection of Japanese pottery to show to us, explaining that each type came from a different kiln site in Japan. Bizen and Shigaraki ware were glazed only by the ash landing on them during wood firing, while other types were glazed with subtle black or white glazes, often used over dark coloured clays.

At the end of the course we opened the kilns. Some of the pots came out really well. Unfortunately two bowls melted completely as a student had unknowingly bought white earthenware and fired it to stoneware temperatures. Surprisingly, however, the red earthenware fired successfully up to cone 8, becoming vitrified and darker in colour, contrasting beautifully with the green coloured glazes.