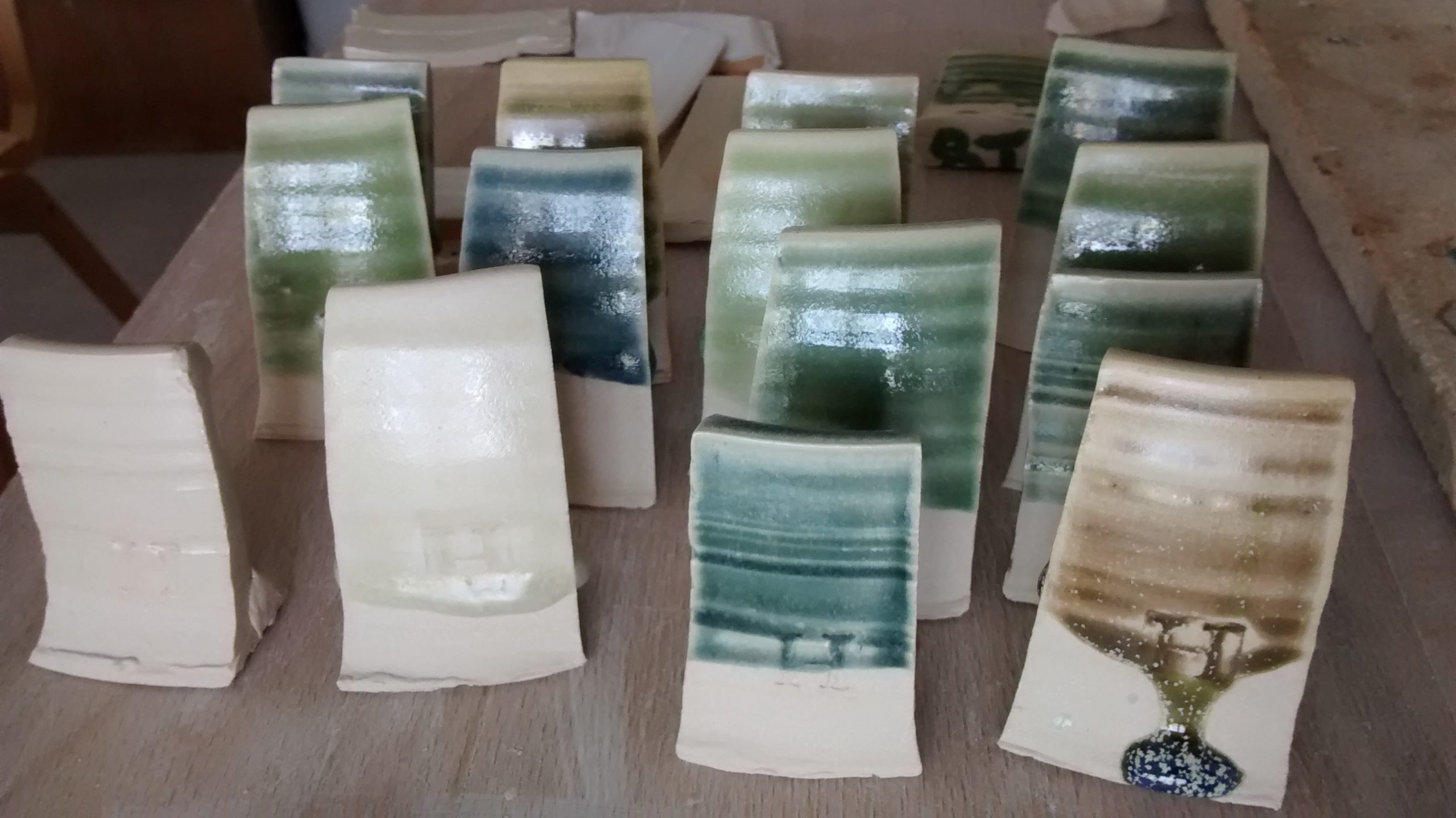 The most important point is to keep your glaze thickness consistent. I like mine to be thinner than single cream but thicker than milk. Once you have established the consistency that works for you, measure the specific gravity by weighing 100ml glaze and dividing the weight in grams by the volume in ml. The specific gravity of my glazes is usually around 1.4 to 1.5. Every time you make up a new batch of glaze, make sure you add the same amount of water to achieve the same consistency. You can vary the application thickness by immersing your pots in the glaze for longer or dipping several times. If over time your glaze starts to look thin and settles quickly in the bottom of the bucket, it may have become deflocculated. You can correct this by dissolving Epsom salts in warm water and adding a teaspoon of the solution to your glaze. It should immediately thicken as the particles clump together and become flocculated again.

Many glazes are affected by firing either too low or too high. Kilns sometimes fire hotter than the temperature displayed. This can affect surface texture, fluidity and glaze colour. The only way to find out the actual temperature inside your kiln is by using pyrometric cones. These measure the heat work and depend on temperature in the kiln as well as heating rate and soaking time at top temperature. Use three cones placed at a slight angle in a pad of clay. The middle cone should be the one you’re aiming at, with a lower temperature cone on the left and higher temperature on the right, so for example I use cones 7,8 and 9. The two lower cones should bend over so that the tip touches the base but the guard cone should remain standing and determines whether the kiln has over fired. If all three cones bend over, set your kiln to a lower temperature or decrease the soak time at top temperature. I usually soak for 15 minutes.

Inconsistent glaze thickness and firing temperature are the two main reasons why glazes don’t come out as expected. More information can be found my books Colour in Glazes and Special Effect Glazes.