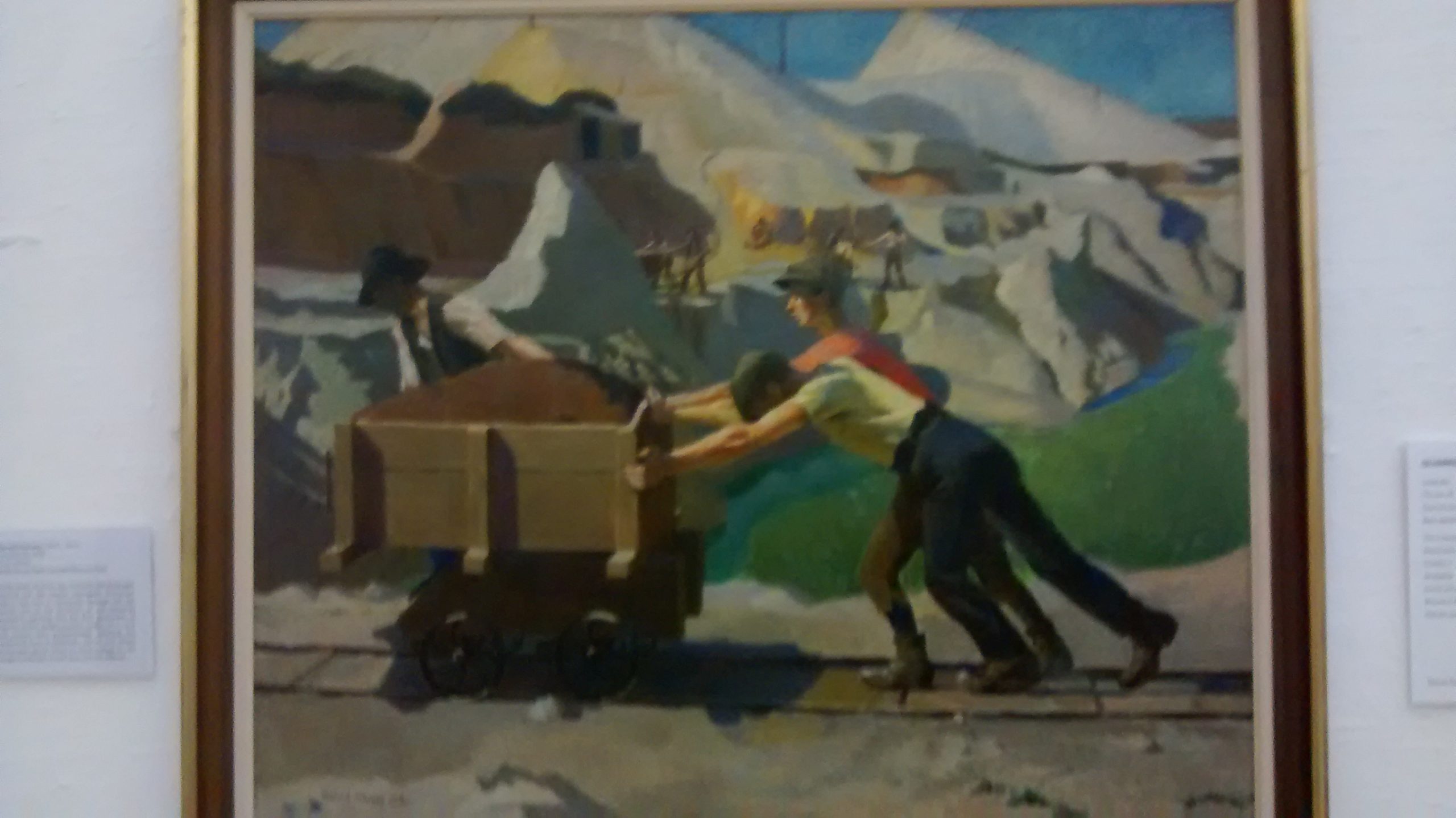 I have been visiting clay pits in Cornwall, researching for my next book Science for the Potter. I visited three clay pits. The first was in St Erth near St Ives, a disused clay pit where sand and red clay were once dug. The pit has been turned into a nature trail but you can still see a rusted metal trolley embedded in the ground. It is very overgrown but there is still visible red clay and sand, which Bernard Leach used in his earthenware clay body.

I also visited a china clay pit, Wheal Martyn near St Austell. Unlike other types of clay, china clay is not found in an immediately usable form. It is part of a crumbly white rock, which is decomposed granite. The clay is washed out of the rock by directing a powerful jet of water onto the newly exposed rock. The water is pumped out of the mine and left to settle in tanks. The sand and mica settle out, leaving china clay, which is drained off and dried. At Wheal Martyn you can see a working pit now owned by Imerys, as well as the old settling tanks and drying sheds once used to process the china clay. There are displays of old machinery and earthenware pots made by Lake’s pottery in Truro. On the way home we stopped in Bristol, went to the Royal west of England academy of art and by chance saw the painting of The Clay Pit by Harold Harvey of the Newlyn School, painted in 1923.

On on the last day of the holiday I drove to Doble’s clay pit in St Agnes. I got lost down a long rutted track but finally found the clay and sand pit with some directions from Mr Doble. I bought a bag of his stoneware clay and had a look at the clay pit, grey fireclay which lies directly under the gorse and heather on the headland near St Agnes Beacon. Doble’s has supplied the Leach Pottery with stoneware clay since the 1960s. I’m looking forward to trying the clay out with my glazes.