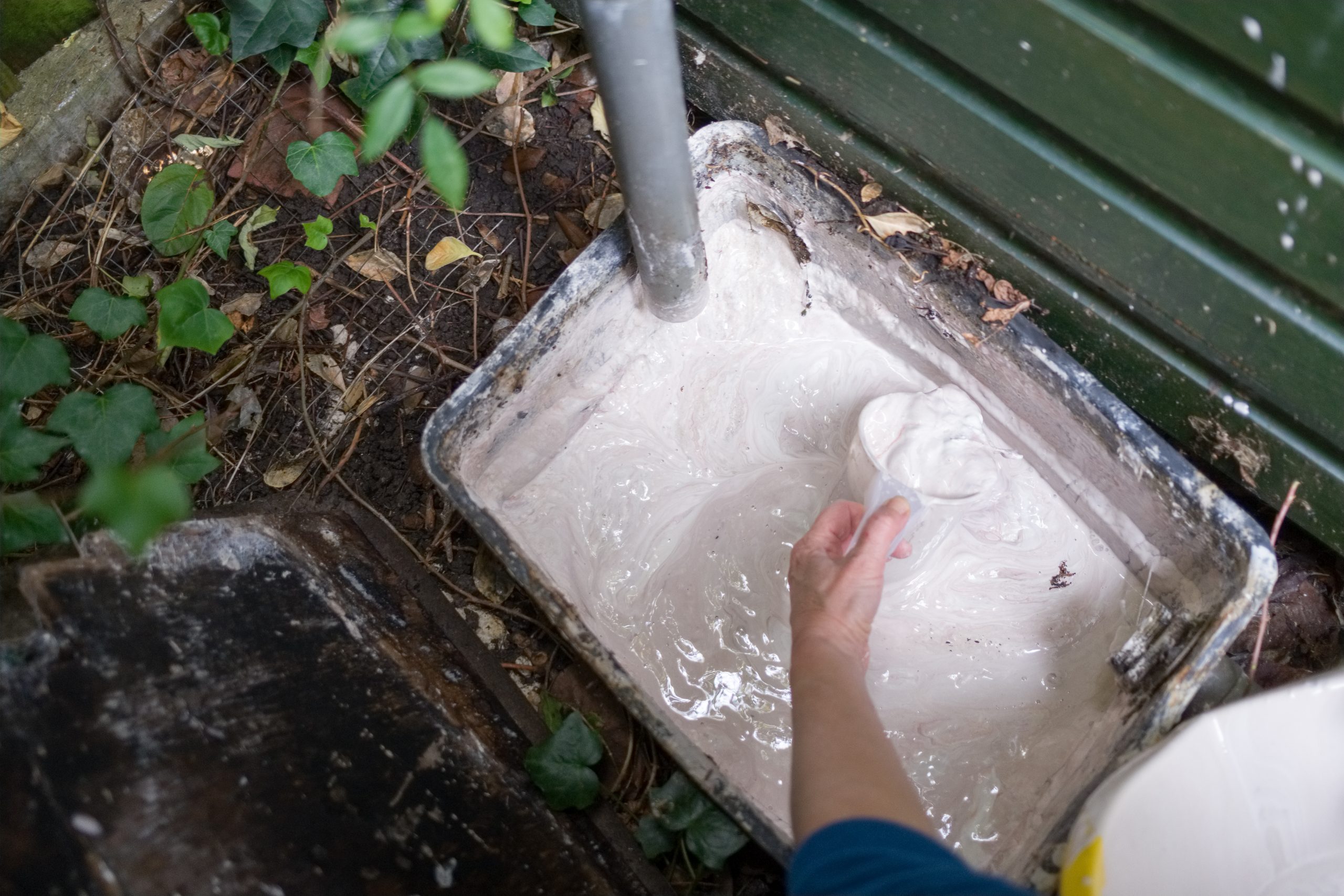 Studio potters often worry about the large amount of energy they need to fire kilns to a high enough temperature to produce their ware. In addition, the materials they use, clays and glaze ingredients, are dug from the earth and are not renewable. However, with the exception of pure, white kaolin, clay is very common worldwide, the result of weathering and crumbling of mountains, the sticky residue deposited in rivers and lakes over millions of years, part of the geological cycle which could be seen as long term, natural recycling.

Many glaze materials are also common, including quartz, limestone, feldspar and iron oxide, a colourant that has been used since the earliest pottery. However, some of the colouring oxides including cobalt are rare, expensive and difficult to mine and occur in areas of the world where unethical practices take place.

It is really important to learn as much as you can about your materials, where they come from, how they are mined, what they are composed of and what each material is used for; clay, flux, glass former, stiffener, opacifier or colourant. When recycling ceramics, the clay and glaze waste need to be separated. If this is not done, the fluxes in the glaze may cause the recycled clay to warp and slump during firing.

Fortunately, there are several things we can do to make our pottery studio practices greener. Studio potters only use only a fraction of the materials and energy used by the ceramics industry, but together we can try to change the ways things are done and make our voices heard. I wrote a list for the Crafts Council of eight ways to make your studio pottery greener.

‘Climate change and air pollution are two of the biggest challenges facing the world today.’

1. Use a green energy provider generating power from the sun, wind or water. Green energy can be used to fire electric kilns. For wood firing, make sure you use wood from a sustainable source or offcuts from woodworkers. To make firing economic, make sure the kiln is packed as full as possible every time you fire and consider reducing firing temperatures or firing times. Avoid breathing firing fumes by firing at night and ventilating the studio well.

2. Recycle all unfired clay. Collect together failed pots, throwing slurry, trimmings and turnings. If they are still in the wet state, wedge them together by combining into a large mass, cutting in half and slamming the two halves together repeatedly. If the clay has gone beyond leather hard, dry out until completely bone dry and then add to water to allow to slake down, leave to settle, then pour off excess water and dry out the slurry on a plaster batt to a workable consistency. Wedge and knead well before using.

3. Collect all clay washed down the sink in a settling tank, then recycle the slurry. Keep a separate bucket of water in the glazing area in which to wash hands, brushes, sieves and glazing tools, leave to settle overnight, pour off the water, then collect the settled glaze at the bottom and re-use. If you don’t separate the clay and glaze in this way, you will end up with a mixture of clay and glaze in the settling tank, which is more difficult to recycle.

4. Recycle excess glaze. Either wax the bottoms of pots to avoid glaze sticking, or scrape off glaze from the base using an old credit card, collect the scrapings and when you have enough, add to water and sieve. Overspray glaze from spray booths can also be collected. You will need to keep each glaze separate. Alternatively, you can collect all glaze scrapings together into one bucket, sieve and use as an ever evolvingmystery glaze, or add iron oxide to make a more consistent black glaze. If you must throw away glaze, leave to dry out and dispose of the solids in landfill, not down the drain.

5. Avoid using toxic glaze materials, including lead, barium carbonate (use strontium carbonate instead), chromium oxide and nickel oxide. Black clays often contain manganese dioxide and you should avoid breathing in the dust or firing fumes from this. Ask your supplier whether your cobalt comes from an ethically mined source and if not, consider using other colouring oxides instead. Iron oxide is the most widely available and non-toxic colouring oxide and gives colours from amber, through rust red to black.

‘We only used non-toxic glazes at Studio 45 and ensured the firings were done at night to avoid any fumes in the studio during the day whilst people were present. The main thing was the large extractor fan built into the wall to draw out any fumes but as I say it wouldn’t have contaminated anything as they were non-toxic.

My best advice is to research non-toxic glazes and stick to those then everyone is happy.’

6. Save shards from broken pots and give to a mosaic artist or use as crocks for drainage at the bottom of flower pots. It is possible to recycle broken ceramics to make new glazes if you have access to a ball mill to grind them up small enough. In order to recycle fired pots, you need to divide the ceramics into unglazed or biscuit ware for use as grog in clay bodies and glazed ware and glass for re-use in glazes. Granby Workshops in Liverpool are one studio using 100% recycled ceramics from the pottery industry for their tableware.

7. Use waste materials such as wood ash from your wood burner or fireplace. This can be soaked in water, sieved then made into a glaze together with clay and feldspar. Wood ash acts as a flux and adds subtle colours from olive to bottle green. Other waste materials include ground sea shells and dust from quarries or marble workshops, all used as glaze fluxes. You can use small quantities of local clays as decorating slips and mixed into clay bodies, but if you want to dig larger amounts, you need to ask permission from the landowner.

8. Instead of firing in a gas kiln, you can achieve similar reduction glazes in an electric kiln by adding a reduction agent such as fine mesh silicon carbide to the glaze and an oxidising agent such as zinc oxide to mop up the excess carbon (you only need around 1% of the total dry glaze weight of each material). The silicon carbide breaks down above 1000°C into silicon and carbon and reacts with the oxygen in the glaze, changing the colours of iron oxide from amber yellow to celadon green and copper oxide from green to copper red. It is possible to achieve several classical Oriental glazes by this means, including Chun blue and celadon. You can find silicon carbide glaze recipes on glaze database glazy.org