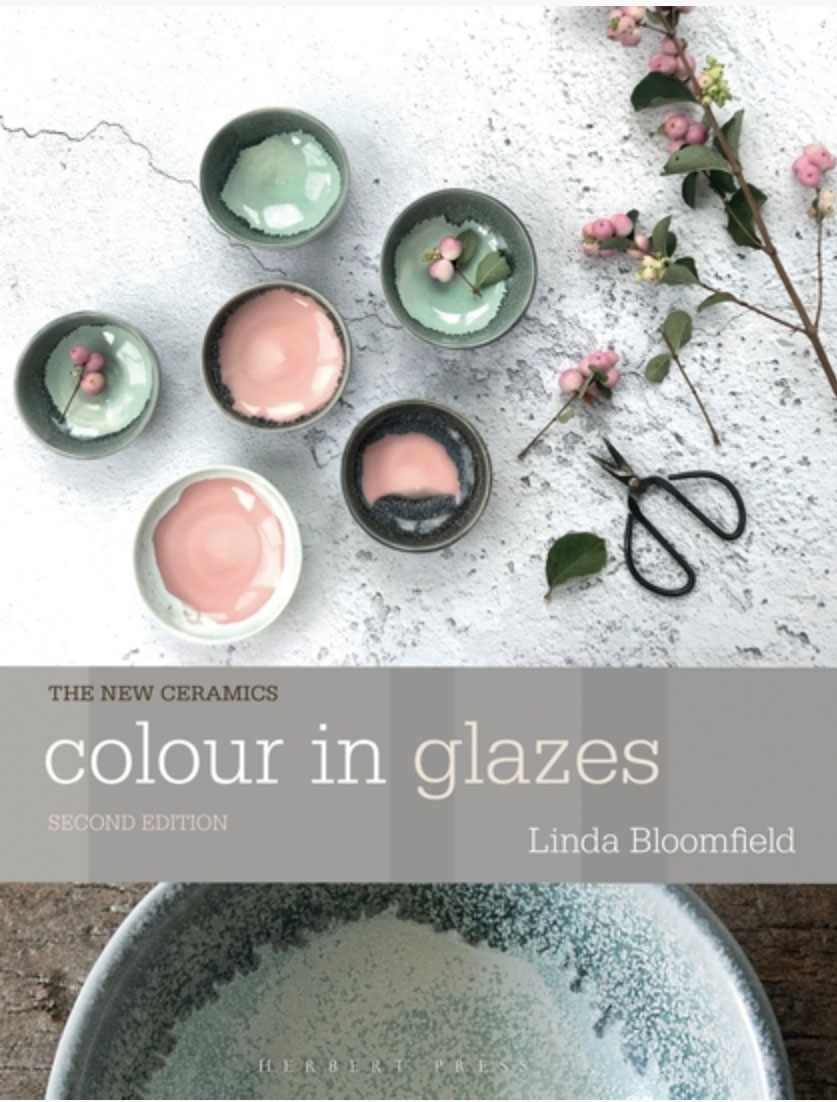 I have been busy writing two glaze books; the first is a second edition of my book Colour in Glazes, out in October and the second is a new book on Special Effect Glazes, out next June. Both books will be published by Herbert Press, an imprint of Bloomsbury publishers.

Inside Colour in Glazes there are new glaze recipes including a shrink-and-crawl glaze, a tangerine orange glaze created by Jeannine Vrins and methods of glaze testing such as how to make a series of glaze tests from one glaze base in a colour blend. There are also technical details on how to make your glazes dishwasher safe.

I wanted to include work by potters who have used my glaze recipes, so the second edition includes work by Katie Robbins and Clara Castner.