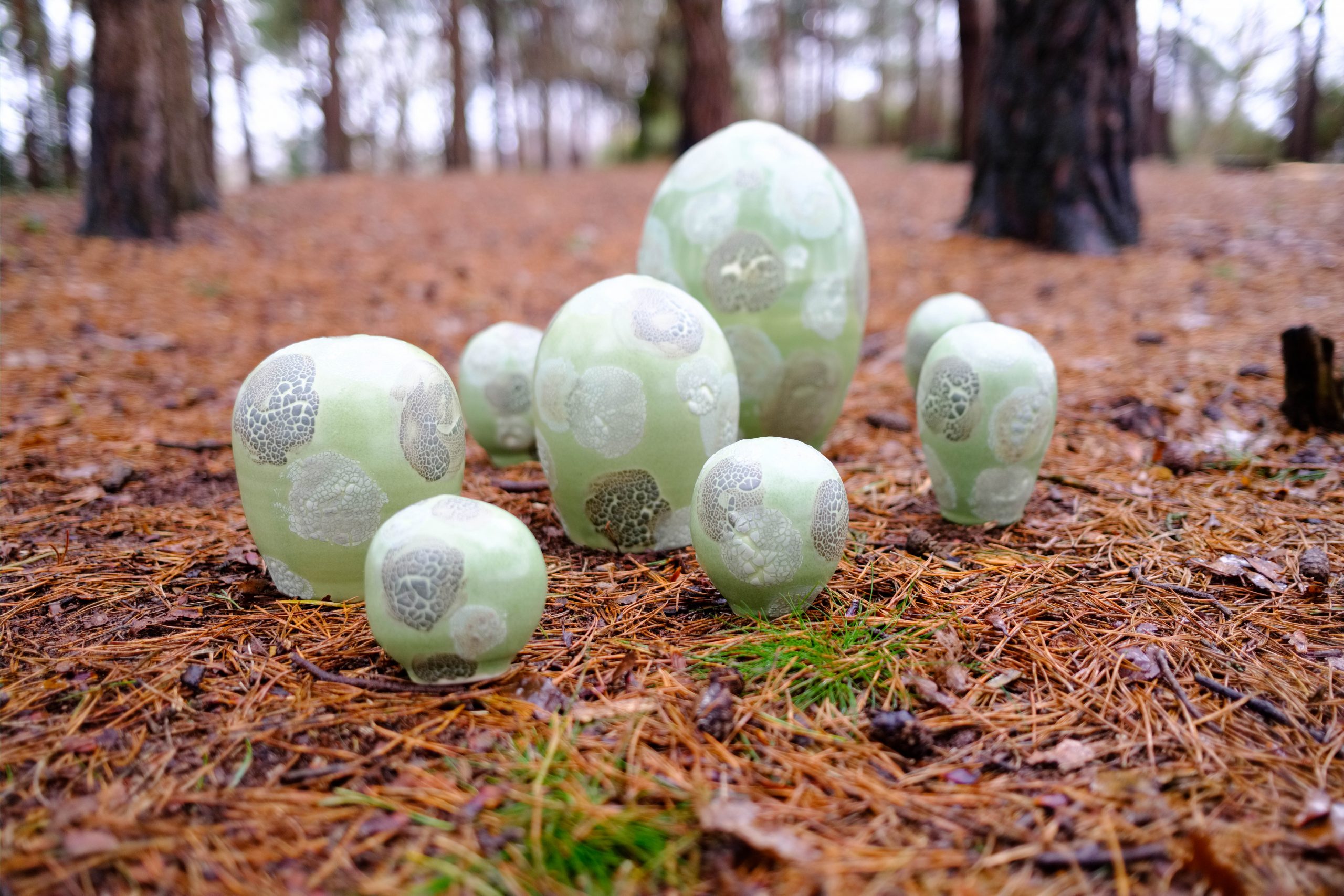 I really enjoyed exhibiting as part of On Air, an exhibition about air pollution at Ceramic Art London. The exhibition was curated by Dutch design duo Iris de Kievith and Annemarie Piscaer of Smogware and sculptor and animator Jo Pearl. They included work by US artist Kim Abeles and UK sculptor Jasmine Pradissitto. The work by Smogware was a set of teacups and plates using smog dust collected near main roads in London. Smogware London intern Rosy Napper mixed the pollution particulates with a transparent glaze in increasing amounts: 25, 45, 65 and 85% dust. The pollution particulates were analysed and found to contain mainly iron oxide, alumina, silica, calcium and sodium, which actually melt to form a dark brown glaze on their own. Mixed into a transparent glaze, the colour ranges from yellow ochre, through brown to black, representing the amount of dust inhaled during 25, 45, 65 or 85 years living in the city.

My work for the exhibition was a series of porcelain forms covered in lichen effect glazes. At one end the forms were green and covered with lichens, while at the other end they were black and barren, making tangible the effects of air pollution on lichen biodiversity.

US artist Kim Abeles made a stencil showing the Mayor of London Sadiq Khan and his policy on air pollution. A plate covered with the stencil was left for a month on the roof of the Greenpeace building in London and the pollution falling on it was trapped using a fixative. The faces of other world leaders Emmanuel Macron, Angela Merkel and Jacob Zuma were revealed by smog from their own cities. Jasmine Pradissitto made several sculptures using NOXTEK, a new ceramic geopolymer that absorbs nitrogen dioxide pollution from the air.

Sculptor Jo Pearl made a clay animation of how it feels to gasp for breath. After completing the animation, her piece was fired in a smoke firing. During the exhibition we talked to many visitors about air pollution and had some interesting conversations. The exhibition conveyed a serious message; a call to action.