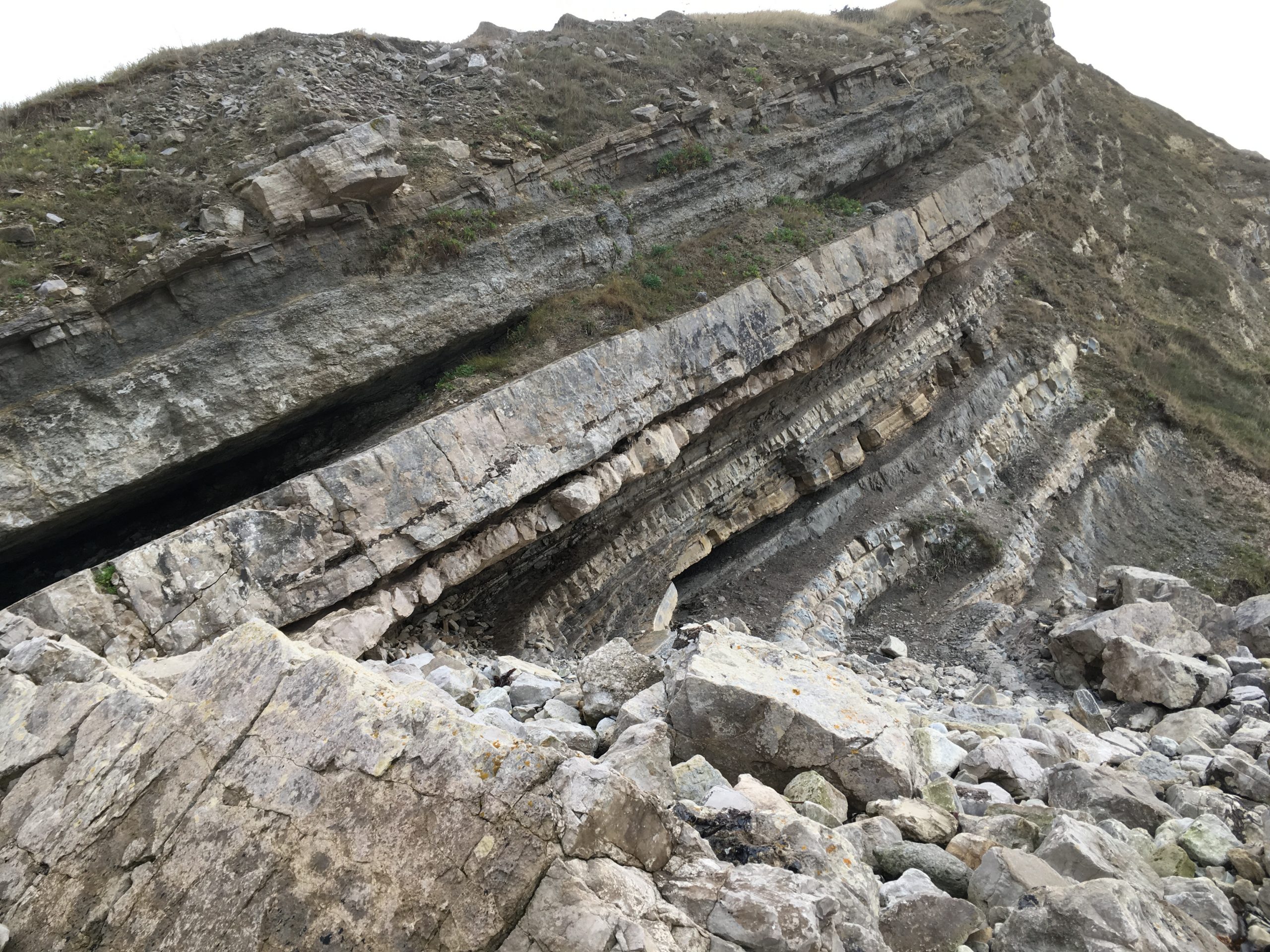 We recently visited the Dorset Jurassic coast, so named because it features layers of Jurassic limestone: 145 million year old Portland stone and Purbeck stone, as well as layers of Wealden clay, Greensand and Cretaceous chalk cliffs. Some of these layers contain fossil sea urchins and shells, and there is a even a fossil forest, with the remains of cypress tree stumps. The layers, or strata, have been uplifted and are now at a steep angle, some even vertical. The hard limestone has been eroded less than the clay, resulting in some unusual features like Durdle Door, a natural sea arch. Lulworth Cove is a perfect circle, where a river has cut through the limestone and the sea has come in and washed away the softer clay.

We collected some of the clay to make into a pinch pot. It was quite sandy clay and may contain too much calcium to fire above earthenware temperatures.

The layers of limestone are very thin because they were deposited in a shallow lagoon which frequently evaporated and dried up. The chalk cliffs are much thicker because they were deposited when the sea was relatively deep. The pebbles on the beach are the flints which dropped out of the chalk cliffs as they were eroded by the sea. This took tens of millions of years, the pebbles gradually getting smaller until they became shingle and then sand. The chalk on the seabed reflects the light, making the sea look turquoise here even on a cloudy day.