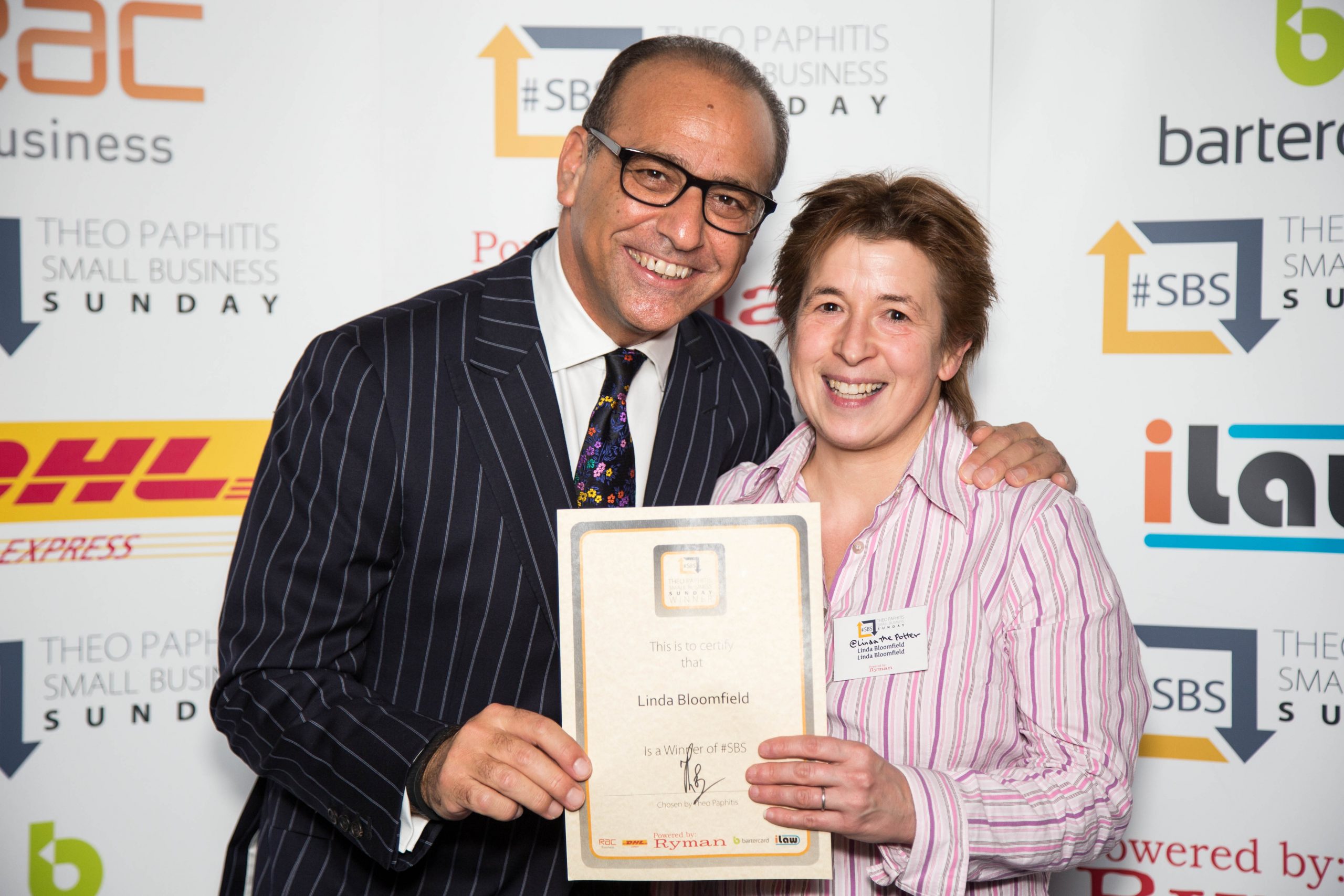 On Friday I went by train to Birmingham for my third visit to the annual get together of Small Business Sunday winners. Every Sunday evening, Theo Paphitis of Dragon’s Den, shopkeeper, entrepreneur and owner of Ryman and Robert Dyas, chooses six small businesses from those who Tweet to him about their business on Twitter. Every Monday he retweets the six businesses, who then become members of his #SBS winners’ club. I became a #SBS winner in 2013. Every year, he invites us to a day of talks, networking, questions and answers from invited entrepreneurs. This year I was excited to learn that Holly Tucker of Not on the High Street.com would be speaking, as well as Mike Pickles of Really Useful Boxes.

We arrived in the morning and had time to network with other small businesses over tea and biscuits. I always seek out other creatives by heading towards anyone who is brightly dressed. This year I met Victoria Eggs, Jessie Jumbles and Betsy Benn (what lovely names they have), among others.

Then we sat down and were introduced to representatives of Theo Paphitis’ businesses and sponsors, Ryman, Robert Dyas, Red Letter Days, iLaw and DHL. Finally, Theo Paphitis came on stage and told us how to make our own luck: “The harder you work, the luckier you get”. We also heard about a new online marketplace to be launched for #SBS winners to sell their products and services.

We had a lunch of prawn sandwiches, mini quiches and chips, while networking with the other small businesses. I wanted to find some of the other sellers on Not on the High Street.com, but they had been delayed as one in their group had brought their small baby and had trouble getting in. When they did get in, with help from Holly Tucker, they all sat together in a group and I went to say hello. They included Betsy Benn, who makes personalised typographic prints, Chiara Stone of Hoobynoo World and Louise Verity of Bookishly, who was the one who had brought her small and well-behaved baby along.

After lunch, we had a long question and answer session with Mike Pickles, Holly Tucker and Theo Paphitis. There were some interesting questions and inspiring answers, such as how to turn a complaint into an opportunity and whether to collaborate with or fight against your competitors.

At the end, new winners had their photographs taken with Theo Paphitis. Here is my photo from 2014.

Category: Out and about
Tags: Holly Tucker, Not on the High Street, SBS event 2016, Small Business Sunday, Theo Paphitis
error: Content is protected