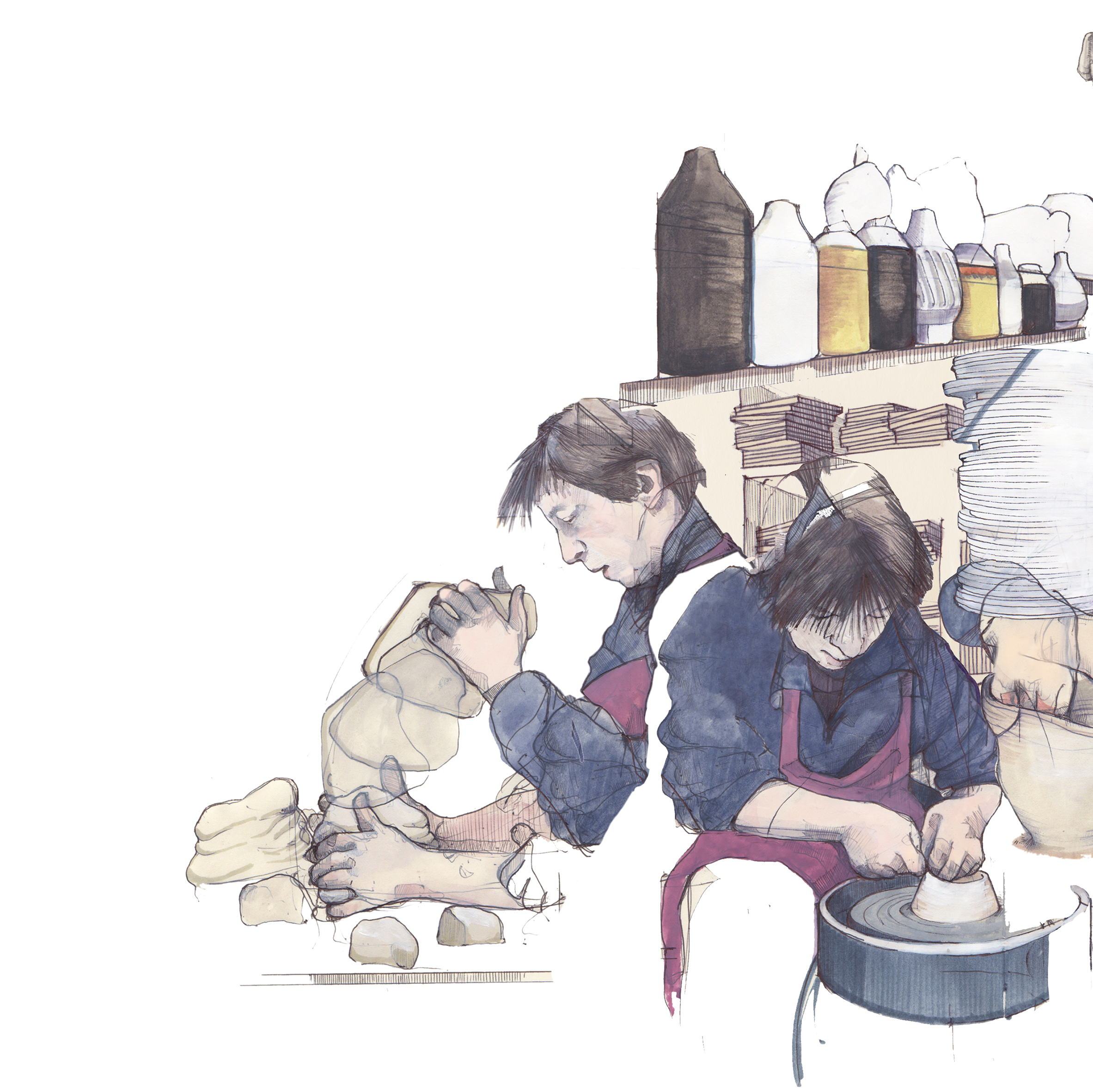 Last week artist Sophie Glover came to my studio. She is making a large series of drawings of people working in their studios. She is really good at telling a story, showing multiple stages in the making process and picking out interesting details. I love the illustration of the wedging process and the wobbly bowl being thrown in the front centre of the drawing.

Sophie studied drawing at Falmouth University. She went to St James School in London, where her younger sister Amy was in the same class as my daughter Alice. Last year Sophie had a residency on an island near Finland, where she drew rocks and experimented with clay. She is using drawing not just as illustration, but as an art form in its own right. She is planning to make a large number of drawings of studios which you can see on her website www.sophieglover.co.uk.