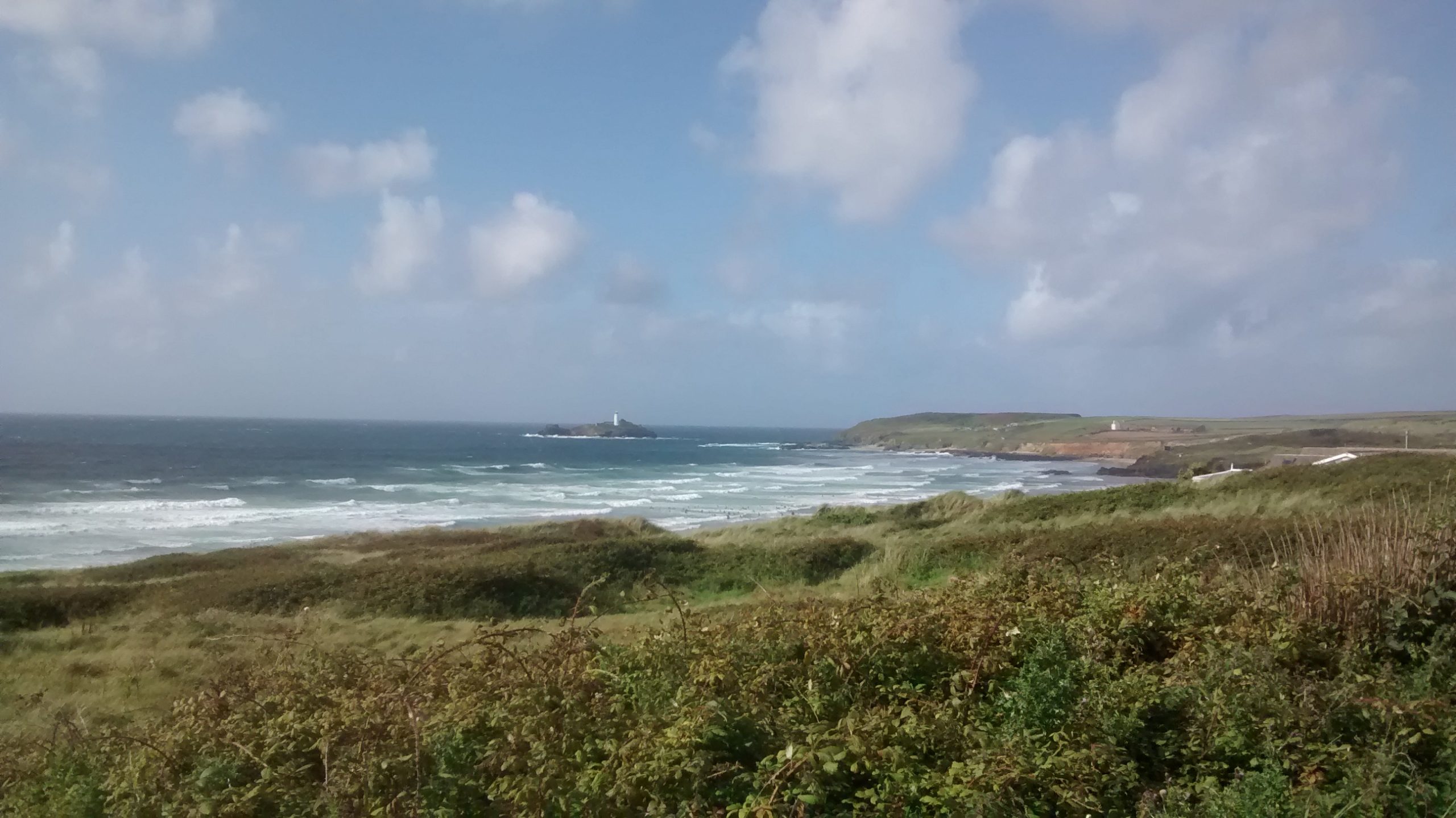 During our summer holiday in Cornwall we had a lovely walk along the SW coast path from Perranporth to Portreath, passing several abandoned mines and spoil heaps, great places to look for rocks and minerals.

We started our 12 mile walk at Perranporth, south of Newquay on the north Cornwall coast. At Cligga Head, we passed an abandoned tungsten mine, where they mined wolframite, a black mineral containing tungsten, iron and manganese. There was also a lot of greisen, decomposed granite, on the first step towards becoming china clay. While the granite mass was solidifying 300 million years ago, hot gases caused it to decompose. It is now easily weathered by the rain and sea and we could see white granules of quartz everywhere under the heather. The hot gases forced the granite up through cracks in the older Devonian slate rocks and caused minerals to dissolve and reform in seams. The ends of mine shafts can be seen in the cliff face, which is stained red with iron oxide.

At St Agnes head, there is a granite outcrop which has been weathered into a clay and sand deposit where clay is dug for the Leach Pottery. Further along the coast path is the remains of an old tin mine, Wheal Coates, where the chimney of the Victorian pump engine house still stands at the top of the cliffs. Tin ore was found in seams below sea level, and so water had to be pumped from the mine shafts. We tried throwing a rock down one of the old mine shafts and it took a very long time to hit the bottom.

We also had a lovely visit to the Leach Pottery in St Ives, where we were shown round the working studio by trainee potter Lexie Macleod. The potters use a mix of St. Agnes clay, ball clay from Devon and iron oxide to give the dark, toasted colour they want. They use several glazes, a green ash glaze, black tenmoku, a dolomite white and a white/orange shino. They often throw a hundred mugs in a day, which then take several more days to finish and add handles. Their outlets include Seasalt, who fund an apprentice, and David Mellor in London and Sheffield.